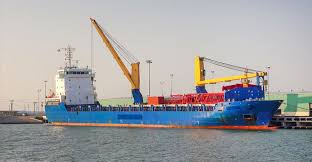 The United States continues to lead the world in the international medical and dental export business. Most countries around the globe rely on the medical and technological advances and superior medical equipment, from the United States.

According to the Department of Commerce, U.S. market value made up around 43 percent of the world’s medical device market in 2015 and its value is expected to exceed $150 billion in 2017. Despite the impressive market share, obvious demand, and superior technologies, many U.S. medical device companies show little-to-no revenues.

The impacts are not only felt in the medical supply and medical equipment sectors. They're felt in other U.S. led industries that it relies on like microelectronics, telecommunications, instrumentation, biotechnology and software development. The growth in these industries has even led to the development of a new sector called Health IT.

Medical Exports Around The World

Even Cuba has developed into an emerging marketplace for medical and dental package forwarding. 2015 U.S. data suggests a $4.4 million increase from just one year prior. The trend is likely a result of the recent removal of U.S. restrictions. However, more importantly, it highlights the immense demand and opportunity for smaller American companies to grow given the right planning.

The International Trade Administration's 2016 report on medical device exports indicated Germany, Japan, Netherlands, Canada, and Belgium as the primary sources of U.S. trade. While these countries are stable and consistent supporters of the industry, the market shows a great potential for growth in many other Pacific-Asian and South American markets.

Consolidating packaging and shipping costs, U.S. suppliers stay competitive with the most comparable markets around the world. By providing a higher level of quality, it encourages foreign buyers to make the investment in the United States marketplace.

Using safe, reliable, consistent, and cost-efficient international forwarding services like HMHShip, the cost of doing business goes down and the profit margin goes up.

Providing customers with their goods at the most competitive cost to them is the goal in every industry. With such a great opportunity to grow across the international landscape, medical supply companies can find major benefits through effective international forwarding services.

If you found this information beneficial, or if you know somebody who could benefit, please share via Facebook, Twitter, Google +, or Linkedin and spread the wealth.